Apollo Studios is a former piano factory in Kentish Town. Following a competition, Southstudio were appointed to convert a shell office space to residential use. The brief was to create an inclusive home for a family with three young children plus a nanny. With both parents working long hours for the NHS, the quality of time spent with the family was considered very important, and so the pleasure and practicality of the space was vital.

Apollo Studios is conceived as a flexible environment to encourage a good family dynamic. A living area with open-plan kitchen is arranged at the centre of the plan, with more private areas arranged off this. These can be closed down via sliding screens or opened up to function as one extended space. The dual aspect allows cross ventilation, while exposed thermal mass of concrete and brick helps to stabilise extremes of temperature.

The ceiling and beams were sandblasted to expose concrete structure, with new interventions clearly articulated. Partition walls are formed in white brick, treated as ‘positive’ elements to imply mass and volume, whilst providing bright reflective surfaces. Other defining elements are the central services bulkhead in gloss black and the cast concrete kitchen island. Cabinets are formed in birch ply, while bed platforms in the children’s rooms are constructed from scaffold tubes.

A generative reference for the design was Aldo Van Eyck’s Arnhem Pavilion, with it’s ambiguous and mysterious volumes and passages. By coincidence, the original conversion of Apollo Studios had been carried out by Van Eyck’s daughter Tess, in partnership with Julyan Wickham.

The design process was deliberately open and evolving as work on site progressed, with close collaboration between client, architect and contractor. There was also an ongoing relationship with Miele, who provided appliances and the project headed up their ‘Designed for Life’ advertising campaign. 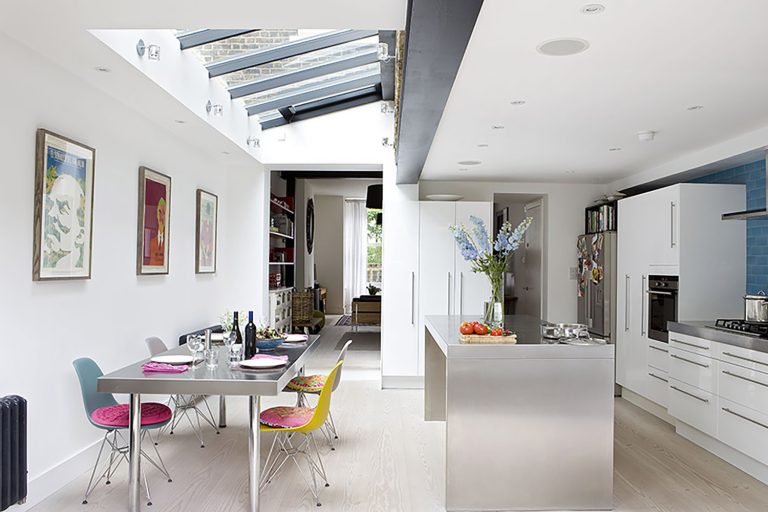 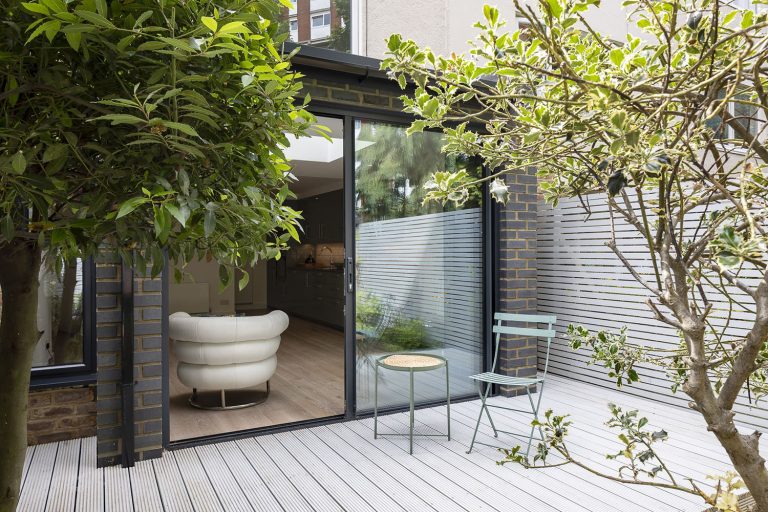 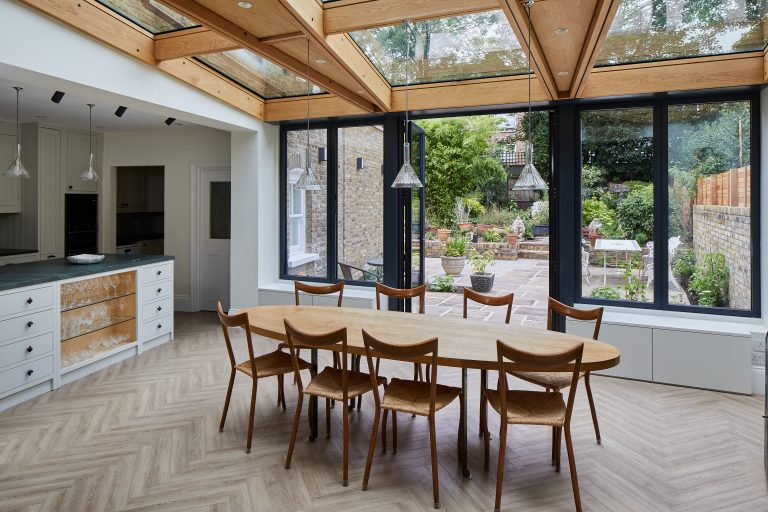