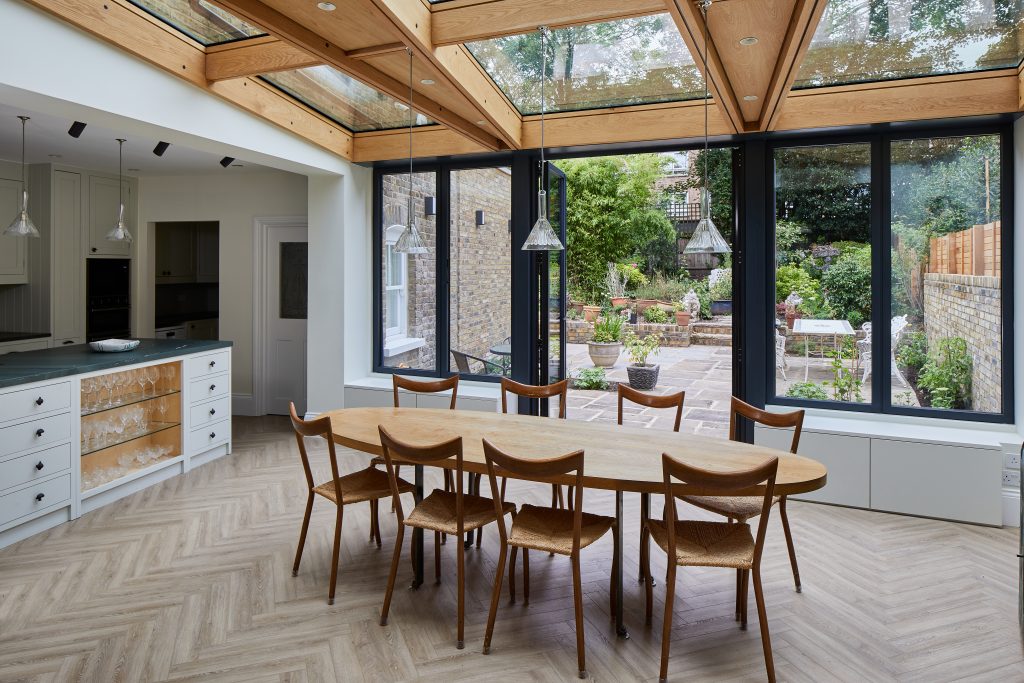 Westbourne Park Road is a large three storey semi-detached house, located in the Westbourne Conservation Area of Westminster. When the project began, the property was subdivided into three flats. The clients’ sought to restore the property back into its original design of a single dwelling house, together with the addition of a new single storey basement and […] 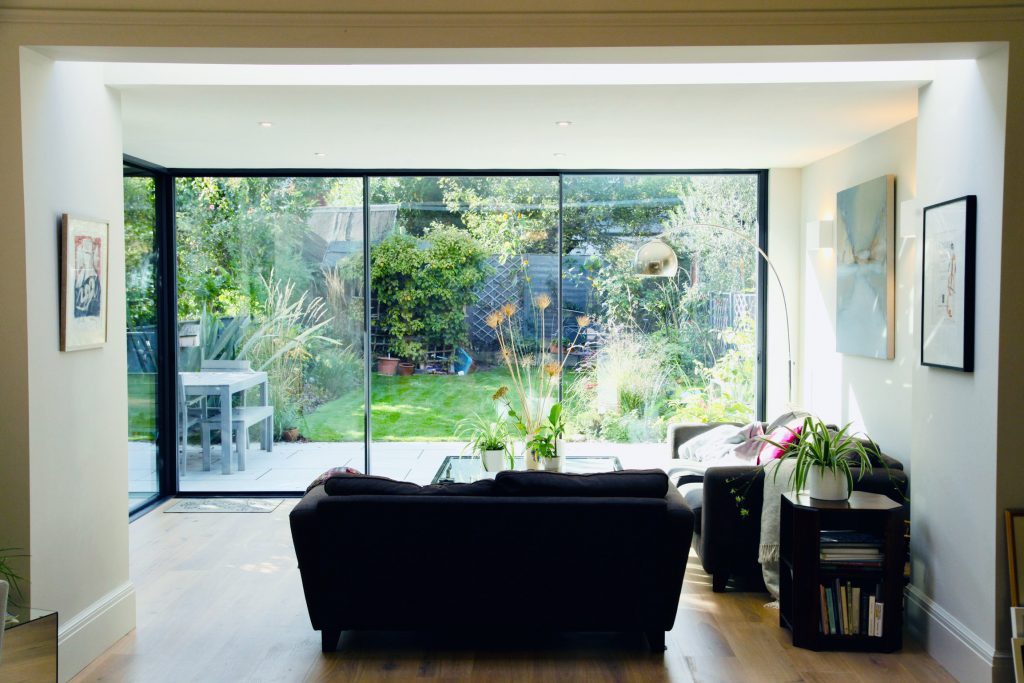 The project proposes the exciting opportunity of spatially unifying the existing deep plan of this Edwardian terraced house. The existing first floor is also fully refurbished plus a new roof extension to create a fully modernized family home. The main aims of the design were to bring daylight into the heart of the house at […] 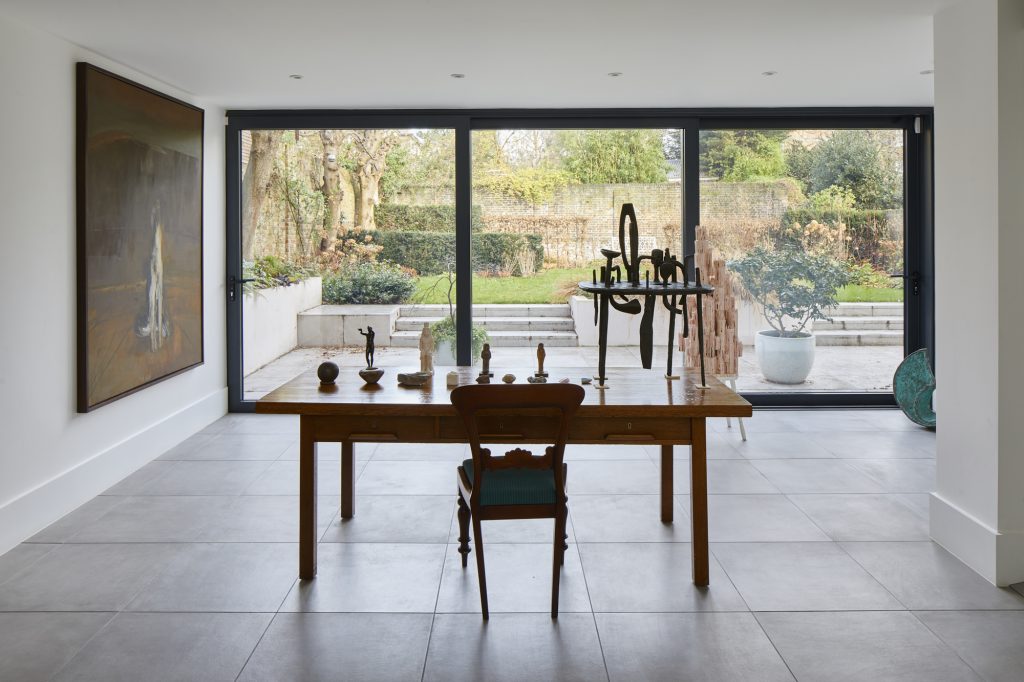 An art historian and a homeopath commissioned Southstudio to reorganise their detached Victorian villa into an integrated home with individual work areas. The challenge was to transform what had been a former guesthouse, comprising many small rooms and contorted circulation, into a coherent and generous whole. The upper ground floor rooms are re-planned to improve […] 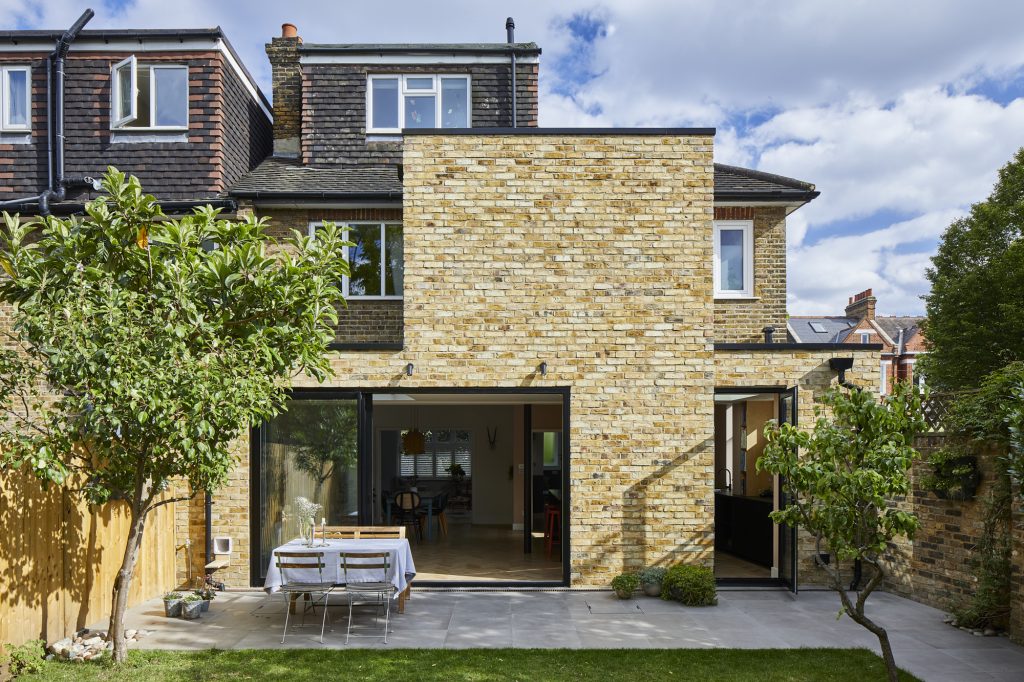 This house extension and refurbishment transforms a three-storey end of terrace property in Clapham. The brief was to create open-plan spaces with an improved relationship to the garden, also a kitchen and dining area that could be enjoyed as a social space. The original kitchen was dark, and the dining room had no direct access […] 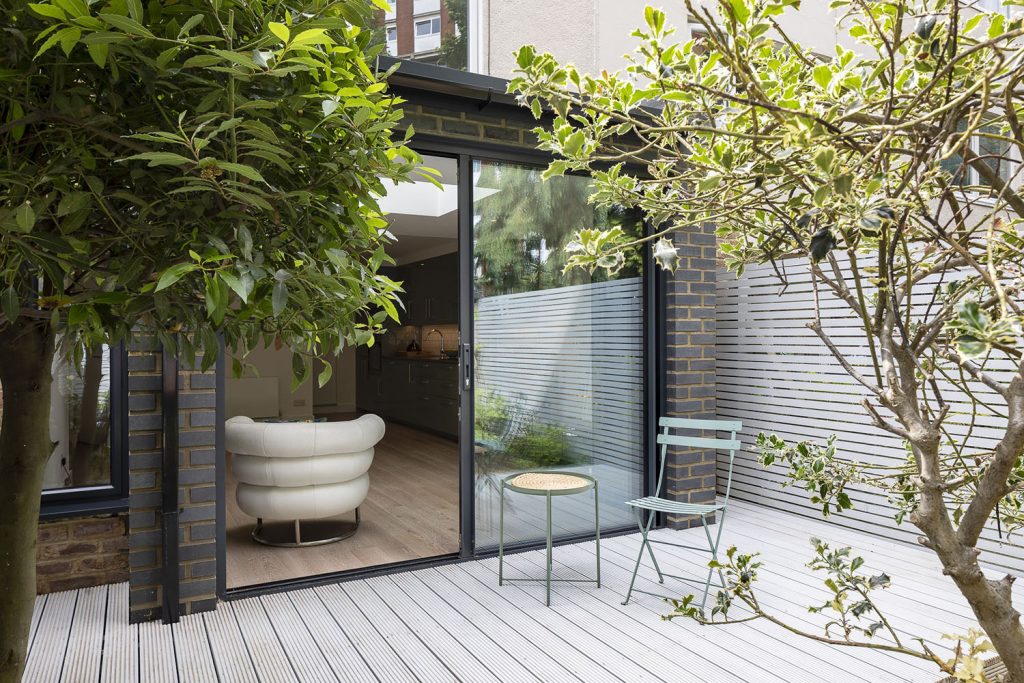 This domestic project comprises the internal reorganisation and new rear extension of a three -storey terraced house, which was formerly a unit within a large1970’s Local Authority housing development. The key design drivers are to rebalance the space allocation by creating an additional ensuite bedroom to the existing three bedrooms and enlarging the living accommodation […] 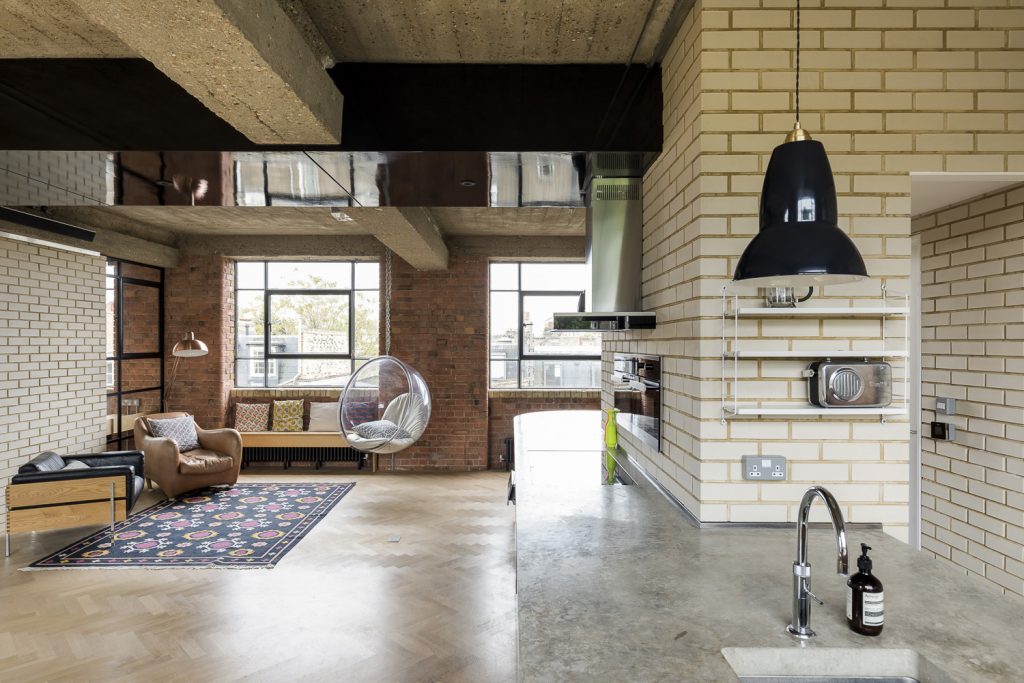 Apollo Studios is a former piano factory in Kentish Town. Following a competition, Southstudio were appointed to convert a shell office space to residential use. The brief was to create an inclusive home for a family with three young children plus a nanny. With both parents working long hours for the NHS, the quality of […] 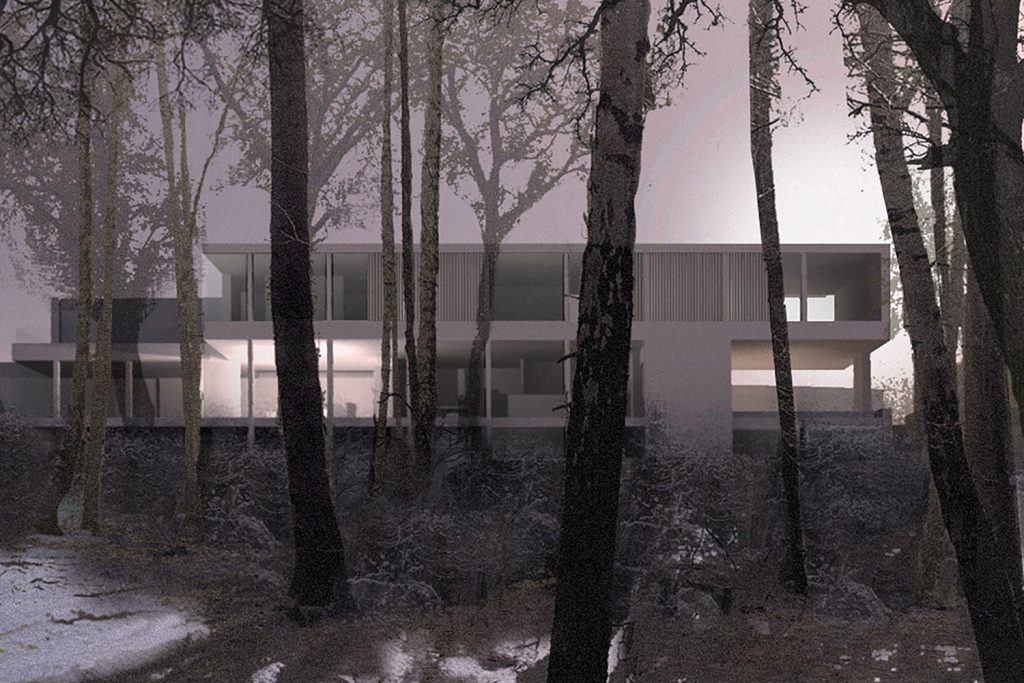 The Cottage is a new five bedroom family residence of 530 sq.m, in a uniquely secluded woodland site adjacent to Hampstead Heath. The new structure replaces a dilapidated house dating from the 1930’s, which had been occupied by the client’s family since the 1960’s. The design is conceived as a simple, contemporary pavilion, the grain […] 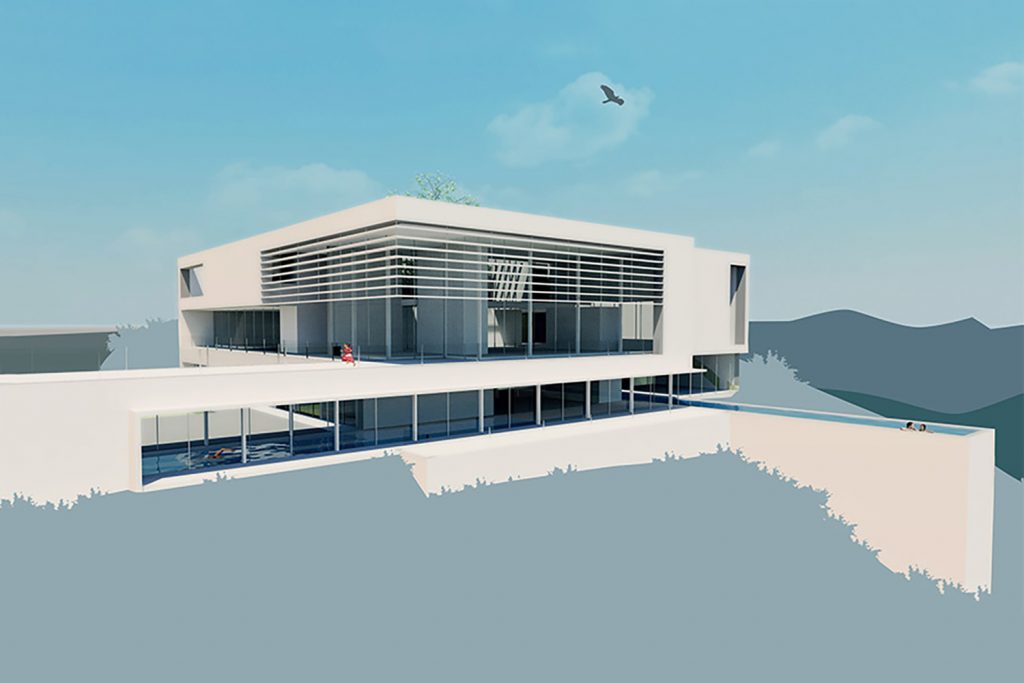 Villa Cubica is a bold concept for a large family villa on a steeply sloping site in La Zagaleta, which is recreational parkland, punctuated with villas. Our concept is to marry the best of contemporary living with the traditions of Courtyard Haciendas and Andalusian White Hill Towns. The villa is conceived as a series of […] 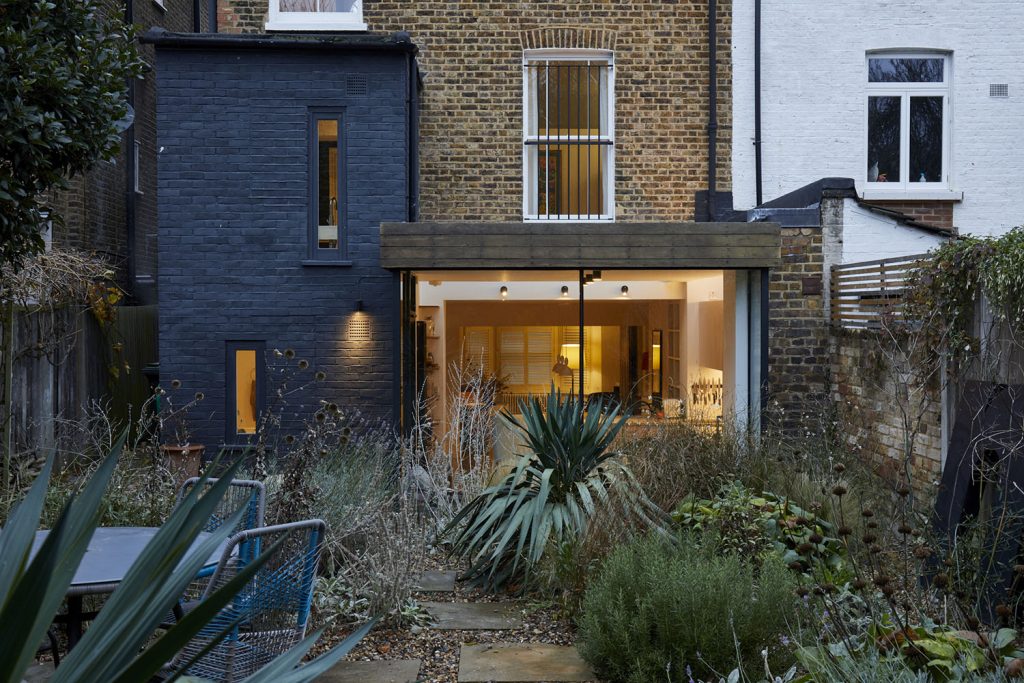 Southstudio completely refurbished and re-imagined what was a dark series of spaces in this London house to create a light, modern home.The house was extended so that the kitchen/dining area would work in harmony with the redesigned garden. The introduction of large windows allows natural daylight into the new kitchen as well as providing views […] 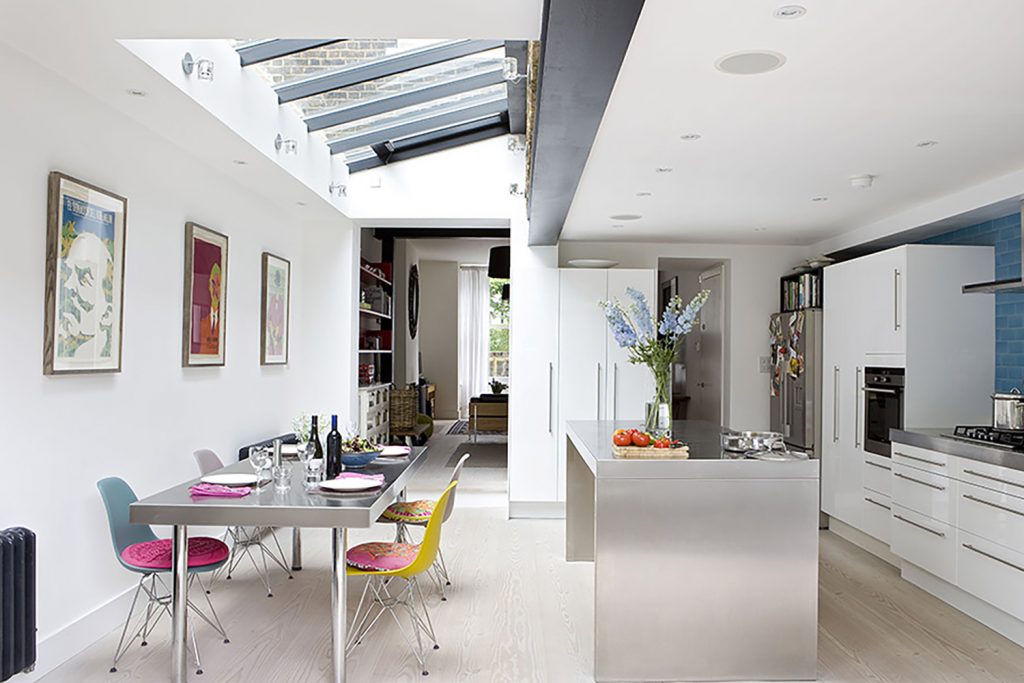 This project required the conversion of two self-contained flats within a Victorian terrace house to create a family home. The strategy has been to completely open up the ground floor to create a large open-plan space, with a sitting room flowing into the kitchen and out into the garden: a family space, where the children […]