College Francais Bilingue de Londres (CFBL) is an important new teaching facility for the French community in North London. Located in Kentish Town NW5, the project inserts a new school for 700 pupils aged 5-15 years into a refurbished and extended London Board school. Designed in 1874 as ‘Mansfield Place School’ by the Board’s Architect E.R.Robson, the Grade II Listed building had been considerably altered over the years in an unsympathetic manner, with little spent on maintenance.

Teaching the French curriculum, CFBL is designed to meet UK standards for schools as set out in the Department for Education Building Bulletins, and to achieve a BREEAM ‘Very Good’ rating. The new interventions, while clearly modern, seek to respect the existing building’s form and materials: brick for colonnades and other ground floor elements; chestnut clad upper floors, and anthracite zinc roofs. The building fabric was extensively upgraded with full new services, high levels of insulation and air-tightness, giving a comfortable teaching environment. The playground was extensively landscaped with areas of soft and hard finishes, including the retention of existing mature trees.

87 Holmes Road was purchased by the French Education Property Trust in November 2009, with Planning Permission and Listed Building Consent achieved in June 2010. Despite the Main Contractor going out of business in early 2011, Practical Completion was achieved in September 2011, allowing Phase 1 of the school to open for 650 pupils. Phase 2, fitting out the new-build teaching extension and the refurbished Laundry, opened in September 2012.

The brief called for a range of spaces, from general teaching rooms and highly serviced science classrooms, to acoustically sensitive spaces such as music rooms, resource spaces and library. All teaching spaces are day-lit in normal teaching hours, with daylight sensor controlled low energy luminaires providing ‘top up’ lighting. The new-build element of the works is a 3-storey steel frame structure with concrete floor slabs, used for speed of erection and for night ventilation of the exposed internal mass. Other low-energy features include an intensive green roof, use of locally sourced chestnut cladding, a carbon-lean natural gas boiler, water saving sensor taps and low flush WCs.

“At the dawn of its second year, the CFBL is already a tremendous success for the French community of London, and for all those who made its opening possible. The students are enthusiastic, happy and thriving in this exceptional environment.” 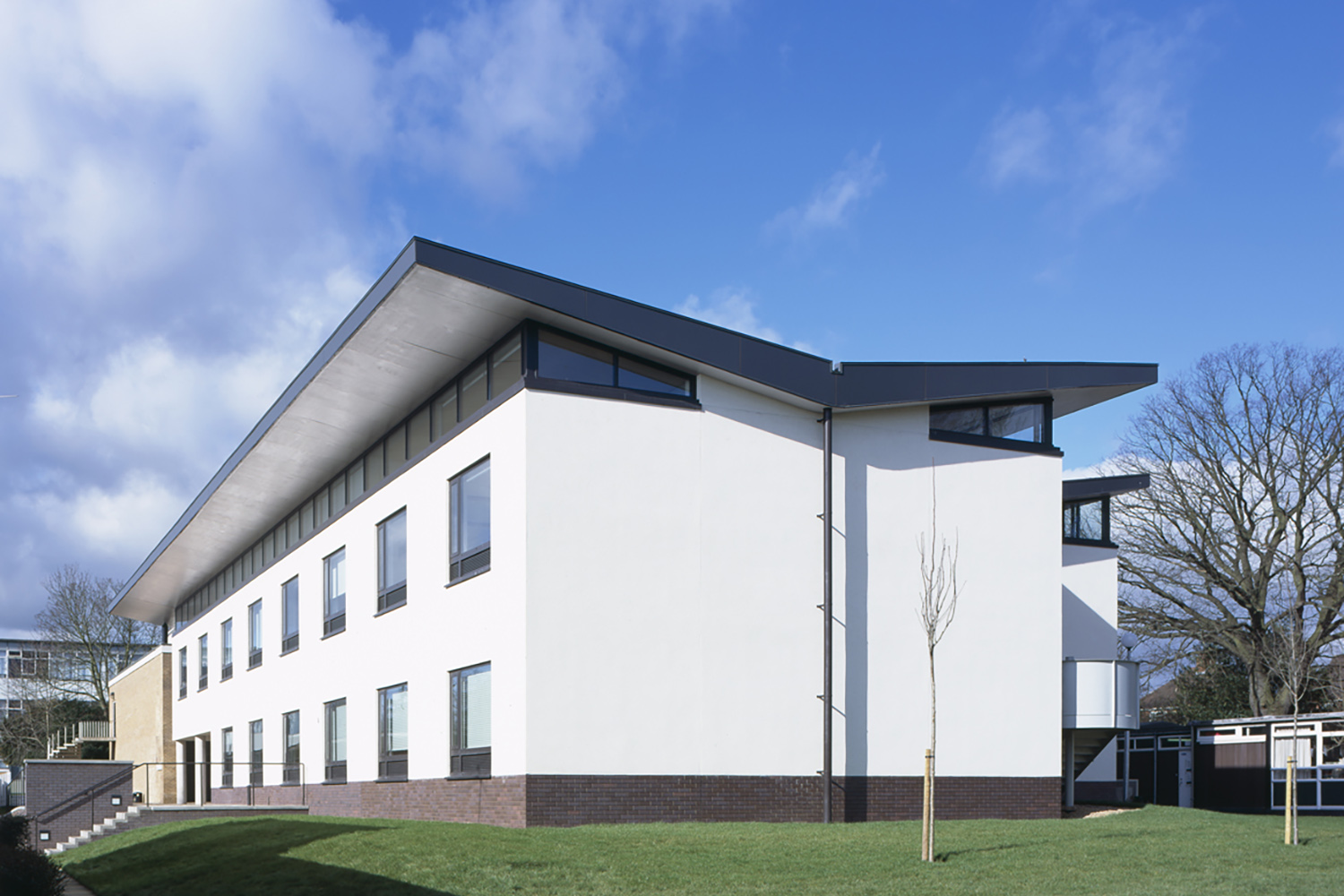 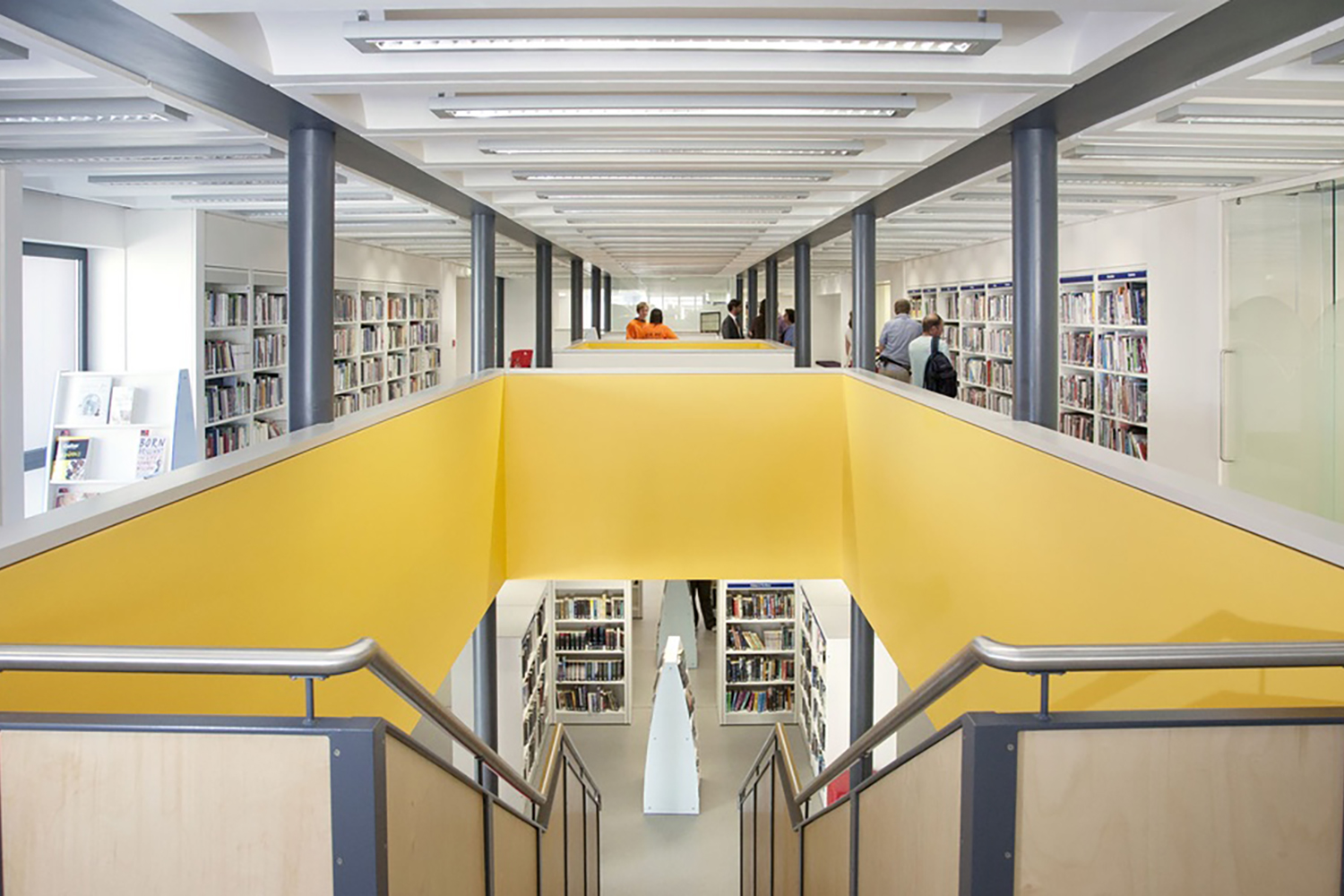 The Beaney House of Art & Knowledge 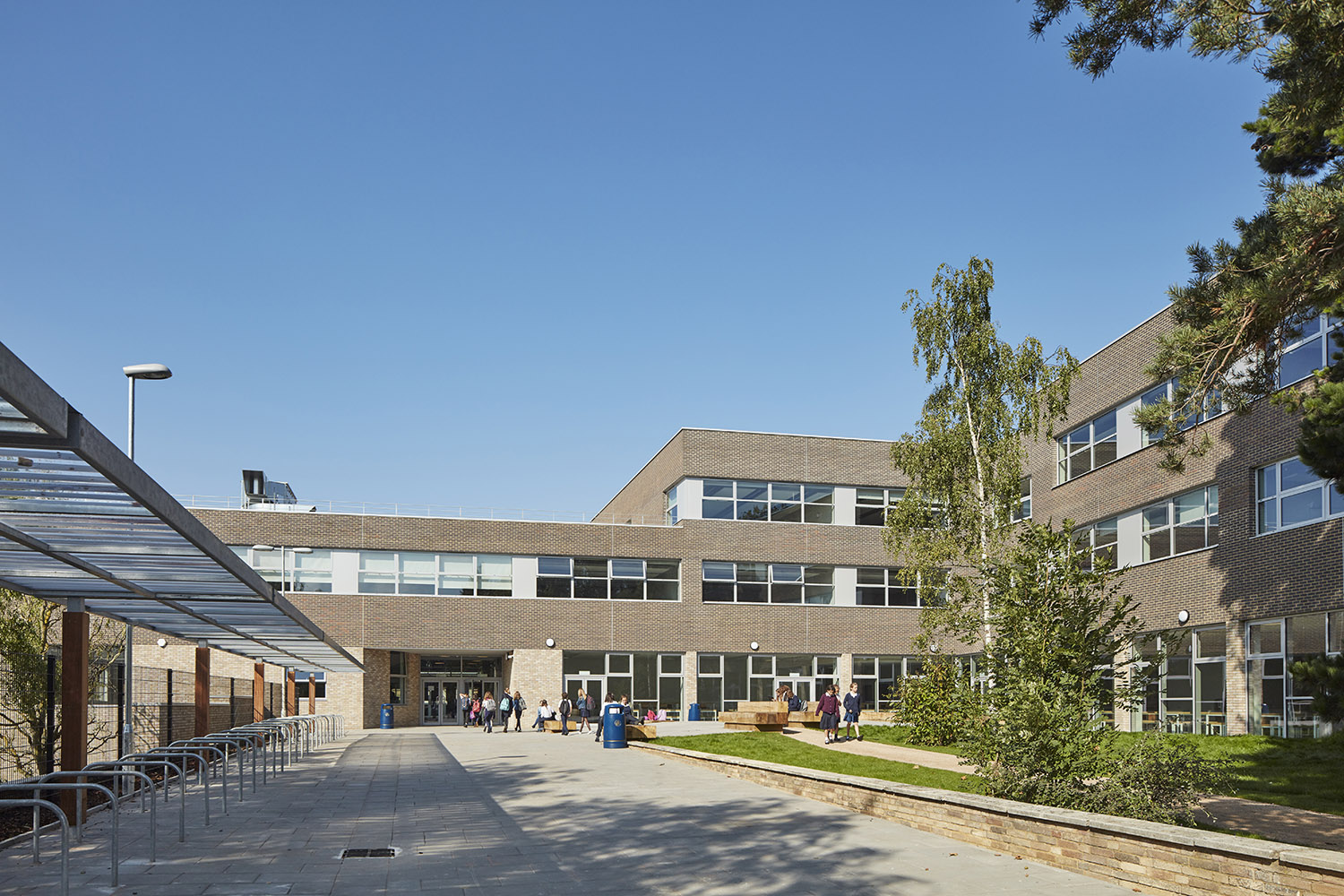